One of the problems in the Philippines is people regard being health professionals, doctors, lawyers, engineers as the highest form of professional work. And when you are not part of the said categories you are an ordinary person, a less important individual.

My parent said problem with people is they don't listen to the younger generation. In example when fight for their slot, assert their right or when they tell others that they are wrong.

So I have thought of ways:

1. Dress like a professional when going into offices and hospitals.

2. Carry a bag that looks like for office use or professional looking.

3. Lower the tone of your voice. Don't sound like a kid.

4. Use the English language or mix it with Filipino language.

5. Avoid slouching and maintain composure. Don't make gestures that make you look nervous or stressed out or restless.

6. Don't show others you are irritated by their wrongdoings. Don't show frustrated emotions.

7. When writing emails or messages use the English language and the format should be like office format and office languange.

9. Don't apologize when you know you are right.

In a world that make you feel less important just because of your age or because you don't hold a high position in the government or isn't a celebrity, in a world that survival of the fittest is the motto make sure you show you are not an ordinary person.

Every person have achievements, skills, group of people they influence may it be small or big, etc. No one should make you less important than others.

No profession is highest among others. Not just because they are health professionals they are more knowledgeable than others or it highest form of work. Scientific knowledge isn't the only knowledge that exist in the world. There is a term called multiple intelligence.

I graduated with a bachelor of science. I have done many scientific lab work and written research papers in college. Most of my past employment are science related. My professional license /board exam passed is science related. I graduated from one of the top universities but I don't look down on others as less important just because their work isn't science related.

Posted by Demure Sweetie at 1:37 PM 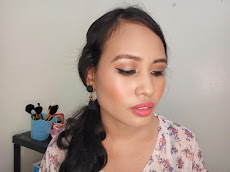